Safavid art and architecture in Isfahan

One of the most brilliant periods of Iranian art after Islam is the Safavid period. In 907 AH (1502 AD), Shah Ismail established the Safavid dynasty and during this period, industrial and artistic centers and centers increased in Iran.

At the beginning of the establishment of this dynasty, ریز Tabriz was the capital and for this reason this city was the center for the activities of artists such as calligraphers, gilders, painters and bookbinders as well as artists who worked in other arts and crafts and artists in the textile and textile industries. They were working, it turned out.

At the end of the tenth lunar century, during the reign of Shah Abbas, the capital of the country was moved to Isfahan. With the selection of the new capital, the city expanded as one of the brightest cities in the East.

Markets, palaces, ‌ mosques, gardens, ‌ bridges were included in the city map. At this time, all religious buildings were decorated with tiled decorations.

The buildings of Sheikh Lotfollah Mosque, Sar in Qaisaria and Imam Mosque in Naghsh Jahan Square were decorated with mosaic tiles. Square tiled patterned bricks, known as "seven-color" bricks, were used extensively in construction. The pattern of the tiles and their colors have given a special decoration to the buildings of this period.

Not only the walls, but also the domes, porches, arches, entrances and minarets were decorated with tiles and mosaics.

The construction of large entrances with transparent tiles and Mogharnasi bedding was very advanced in the Safavid era. The combination of the large entrance and the minarets on either side with the courtyard of the four porches and the surrounding buildings and the placement of the dome in a way that fits all the buildings, reached a degree of perfection in Safavid architecture.

Due to Iran's security, large and magnificent buildings such as Qapo Palace, Chehel Soton, Hasht Behesht and Ashraf Hall were built in Isfahan during this period.

The walls of these palaces are covered with colorful watercolor tiles and between them all are connected with the designs of famous painters of that period. Ceilings and walls were also often decorated with inlay.

Wooden decorations played a major role in non-religious buildings and used a large amount of gilding and lacquer paintings.

Their designs were closely related to miniature art. Carving and carpentry, especially on doors and ceilings, was a special art in this period. Murals (frescoes) have been used in Aali Qapo Palace, Ashraf Palace and Chehelston, as well as mirror work as a new decoration in buildings, such as the house mirror.

In general, the tenth and eleventh lunar centuries, as the heyday of Islamic art in Iran and Isfahan has been one of the most important and beautiful cities of this period. Large buildings in the city are often decorated with beautiful tiles.

The Palace of the Secretary was also built in the late Safavid period and was renovated in 2005 and has now become the traditional hotel of the Secretary. One of the rooms of this beautiful hotel is called Safavid. 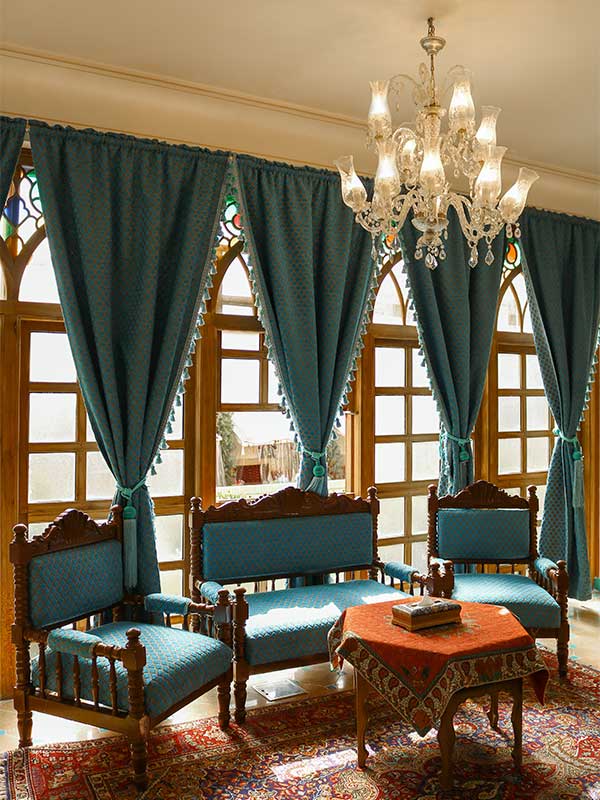 History of the art of mirror work

One of the decorations that has been widely used in the beauty of buildings from the past is mirror work. When small pieces of mirrors come in different geometric shapes and models, such as different bushes, and these mirrors are used on the walls, ceilings, columns, etc. of different buildings, giving that place a beautiful effect. And it gives shine.

The reflection of light in these small mirrors and its radiation causes a special glow and beauty. In terms of strength, this type of decoration is very durable and lasts for many years. If you have been to different historical places and mirrors have been used in those places, you will notice the special effect and high durability of these mirrors.

The art of mirror work is one of the branches of decorative arts in Iran and if we want to study and analyze the history of this art, we must go back to the Sassanid period. During this period of Iranian history, the first and most beautiful mirror works became popular and were mostly used in the palaces and buildings of Persian kings.

One of the prominent mirror works of the ancient history of Iran is the building of the court of Shah Tahmasb Safavid in the year (930-984 AH / or 1524-1576 AD). This beautiful building and a prominent example of mirror art is located in the city of Qazvin. Also, the mirror room of Qasrmanshi Palace in Isfahan is another example of mirror work left from the Qajar period.
During the Qajar period, especially during the reign of Nasser al-Din Shah, mirror work reached its peak and enjoyed a certain prosperity; Especially it was widely used in religious buildings. Among them are the Mirror Hall of Golestan Palace and the halls and rooms of Shams Al-Amara. Among the religious buildings are the decorated decorations of the shrine of Imam Reza (AS), the mirror porch in the shrine of Imam Masoumeh (AS) and the shrine of Shahcheragh (AS) are among the most important decorations of this period. 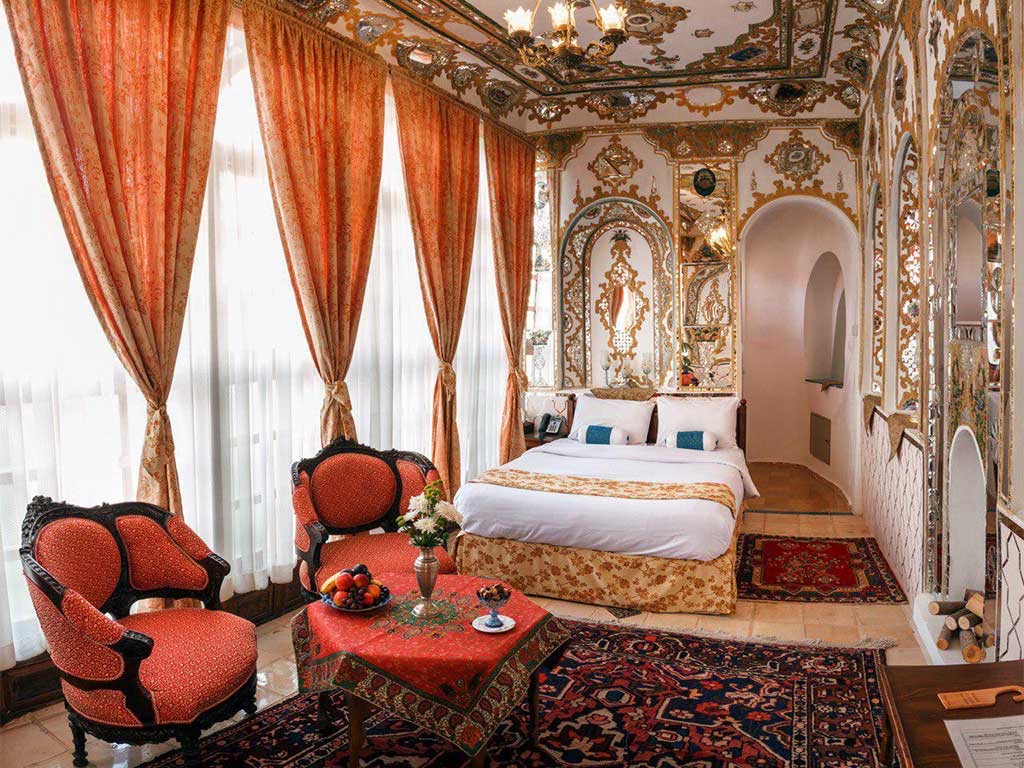